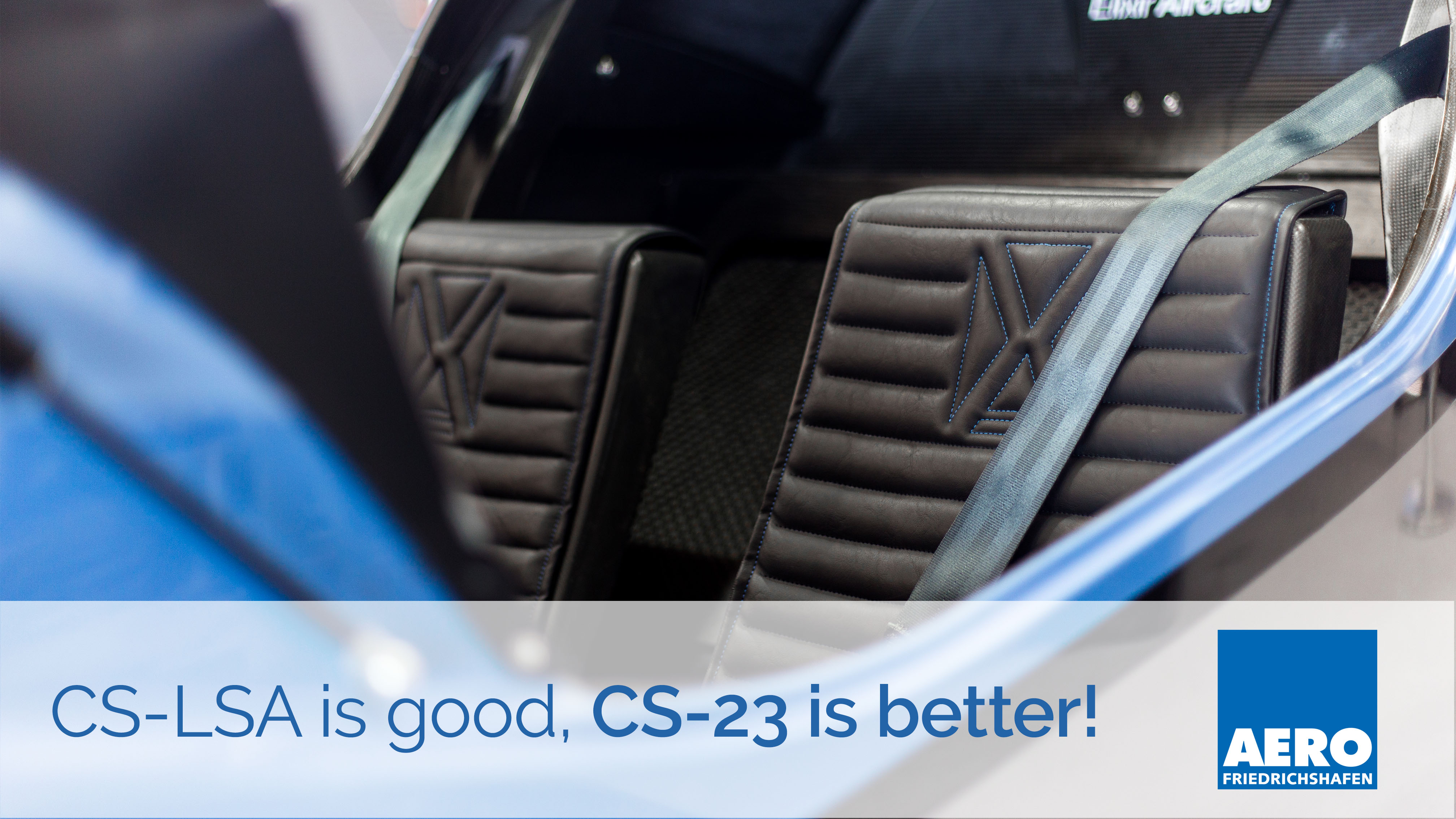 Officially launched last year in Aero Friedrichshafen, the new EASA CS-23 certification has aroused our curiosity. What more does it bring? Is it really simpler? What more for a two-seater like ours? The answers are here.

This regulation was there for almost 50 years, making certification of new aircrafts more and more difficult. Imagine, to certify an aircraft it was common to break 4 to 5 prototypes during tests. Imagine spending as much money to certify a single two-seater and a premium 6-seater. Without change, the former CS-23 announced the slow death of light aviation.

Aware of the concern, EASA and politicians took the subject head on. Objective: to revitalise certified light aviation, an important sector for the entire European aeronautics sector. Concretely what did they do? Allow the CS-23 to adapt to the types of aircraft. In other words, ensure that the means of compliance of a twin-engine 19-seater are not the same as those of a single-engine two-seater.

Successful bet! The CS-23 now classifies the planes according to their number of seats and their speed. It leaves it up to the manufacturer to propose appropriate means of compliance.

As our aircraft was undergoing CS-LSA certification, was it really interesting to change ? The answer is definitely yes!
Considering its performances, our plane would have shortly felt cramped in the CS-LSA. In order to meet your expectations, we must see far and the CS-23 allows it. Night VFR, IFR, re-engining, payload increase for a version with extreme autonomy (14h!!), straight opening to a greater number of countries... Elixir is full of potential, it would be a shame to deprive yourself of it!

Concretely, it has been 8 months since our decision was taken. All the work already carried out for the CS-LSA being reusable, the team didn't have to change anything of its certification activities... the Elixir program continues with the aim of commercialization early 2019!