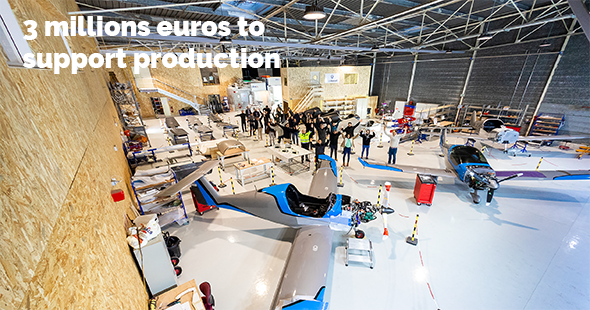 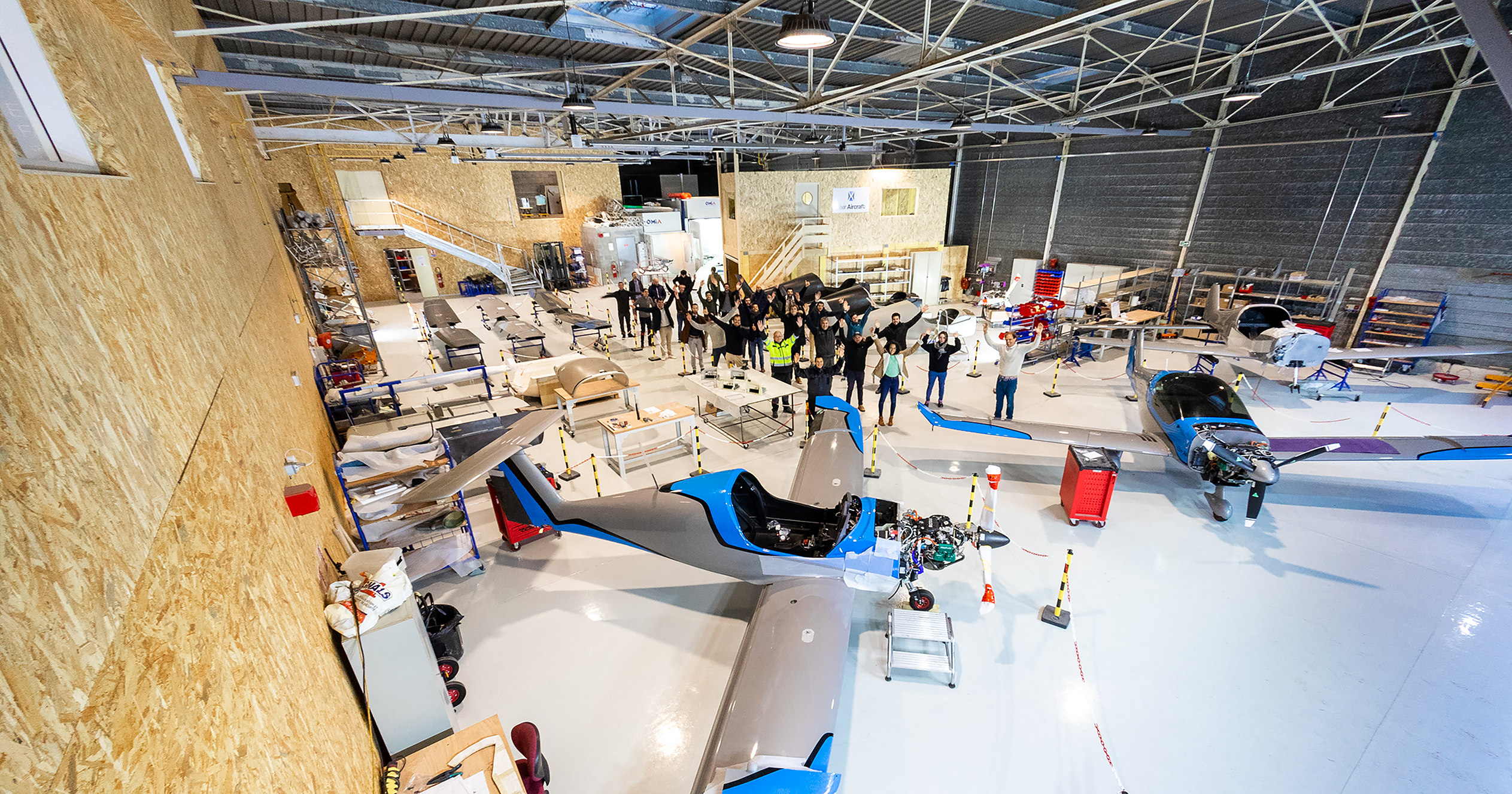 3 million euros and a new facility to support production!

Elixir Aircraft, the French aircraft manufacturer that designed the first fourth-generation two-seater, is finalizing a fund-raising round with new investors. Following the achievement of the EASA CS-23 certification in March 2020, this €3 million financing round will help accelerate the company's industrial and commercial development by welcoming local institutional funds, Ouest Croissance and Océan Participations, and new business angels to its capital. This development is accompanied by numerous recruitments as well as the move to new premises on La Rochelle airport.

Elixir International, the 4th generation of light aircraft with an international focus

Elixir Aircraft wishes to offer the worldwide market, a range of qualified 4th generation high-performance, low operating costs two-seater aircraft. The product it has designed is simple, robust, comfortable and particularly safe. It is composed of a small number of parts and is easy to maintain. Its construction makes extensive use of composite materials, notably using "one-shot" technology, and the latest generation of piston engines and electronic equipment for light aircraft. The EASA CS-23 certification obtained in March 2020 for the VFR 100hp version of the aircraft generated a substantial pre-order book, reflecting the interest generated and its relevance to the general aviation market.

Elixir Aircraft's ambition is to position itself sustainably on the general aviation market as an innovative company. This positioning has enabled it to be selected by the European Union as part of the H2020 program of excellence (now EIC) and to be part of a national program financed by the DGAC associating Elixir Aircraft with major French aeronautical groups, such as Airbus and Daher.

Since the creation of Elixir Aircraft in 2015, the three founders - Arthur Léopold-Léger (Chairman), Cyril Champenois (Marketing, Sales and Quality Director) and Nicolas Mahuet (Design Office Director) - have brought together close friends, business angels, a local supplier, and two regional investment funds (Fonds de co-investissement régional Poitou-Charentes and FCI Limousin, both managed by Aquiti Gestion).
Through this new round of financing, the company welcomes to its capital Ouest Croissance and Océan Participations, two local institutional funds (up to 18%), as well as two new important private investors (12%).

"These two funds have a real local connection, particularly with some of our subcontractors or partners. They are used to working together. Laurent Bodin (Ouest croissance) has knowledge of the environment in which we operate, light aviation, which is an asset when it comes to discussing development strategies," commented Arthur Léopold-Léger, Chairman and Founder of Elixir Aircraft.

"We have been doubly convinced by Elixir Aircraft. On the one hand, we met an exceptional person, who was able to bring a project to fruition, starting from scratch and ending up with European certification, all in start-up mode. And of course by the aircraft itself, which corresponds to a real market demand, as evidenced by the pre-orders," add Laurent Bodin and Henri Guillermit of Ouest Croissance.

"From our first discussions, we were seduced by a management team that was passionate and driven by the desire to offer disruptive solutions to the general aviation market. Obtaining the EASA CS-23 certification is a real proof of know-how and dedication. Finally, we are sure that the aircraft will be able to put its market on the map! "Pierrick Charrot and Vincent Pelloquin of Océan Participations.

Certified EASA CS-23, and thanks to its simplified design, the Elixir guarantees the highest safety standards in general aviation, while offering unmatched versatility and cost reduction. It meets the needs of flight schools, flying clubs and private pilots. Designed while minimizing its environmental impact, Elixir Aircraft is 50% more fuel efficient, uses unleaded gasoline and focuses its R&D on the emergence of new technologies. The company, created in 2015, employs 32 people.

This email address is being protected from spambots. You need JavaScript enabled to view it.

A private equity company of three Banques Populaires (BPGO, BPACA, BPVF), Ouest Croissance has supported more than 500 regional SME-SMIs in 32 departments in central, western and south-western France since its creation in 1987. Ouest Croissance assists the managers of successful companies in their growth, capital reorganization or transmission projects by providing "top of balance sheet" expertise. With an outstanding amount of €200 million, 100 active participations and an investment ticket of up to €10 million, Ouest Croissance acts as a close, reliable and long-lasting partner.

Océan Participations was created in 1988 to develop solutions to support the company's development and respond to their internal and external growth, takeover and transfer projects, as well as capital reclassification. It acts as a "facilitator" for the company's projects, with one essential principle: respect for its autonomy.

Its 100% affiliation to the Caisse Fédérale du Crédit Mutuel Océan de La Roche-sur-Yon provides it with a secure financial base to support companies over time with confidence and without liquidity constraints.

As a local minority partner of 100 regional companies for more than 95 million euros invested, its raison d'être is to preserve the wealth and decision-making centers on their territory, to promote the growth of their activities, and thus to allow a development in which they will be the main player. Océan Participations offers effective support whatever the life cycle of the company.