Young company of the year!! 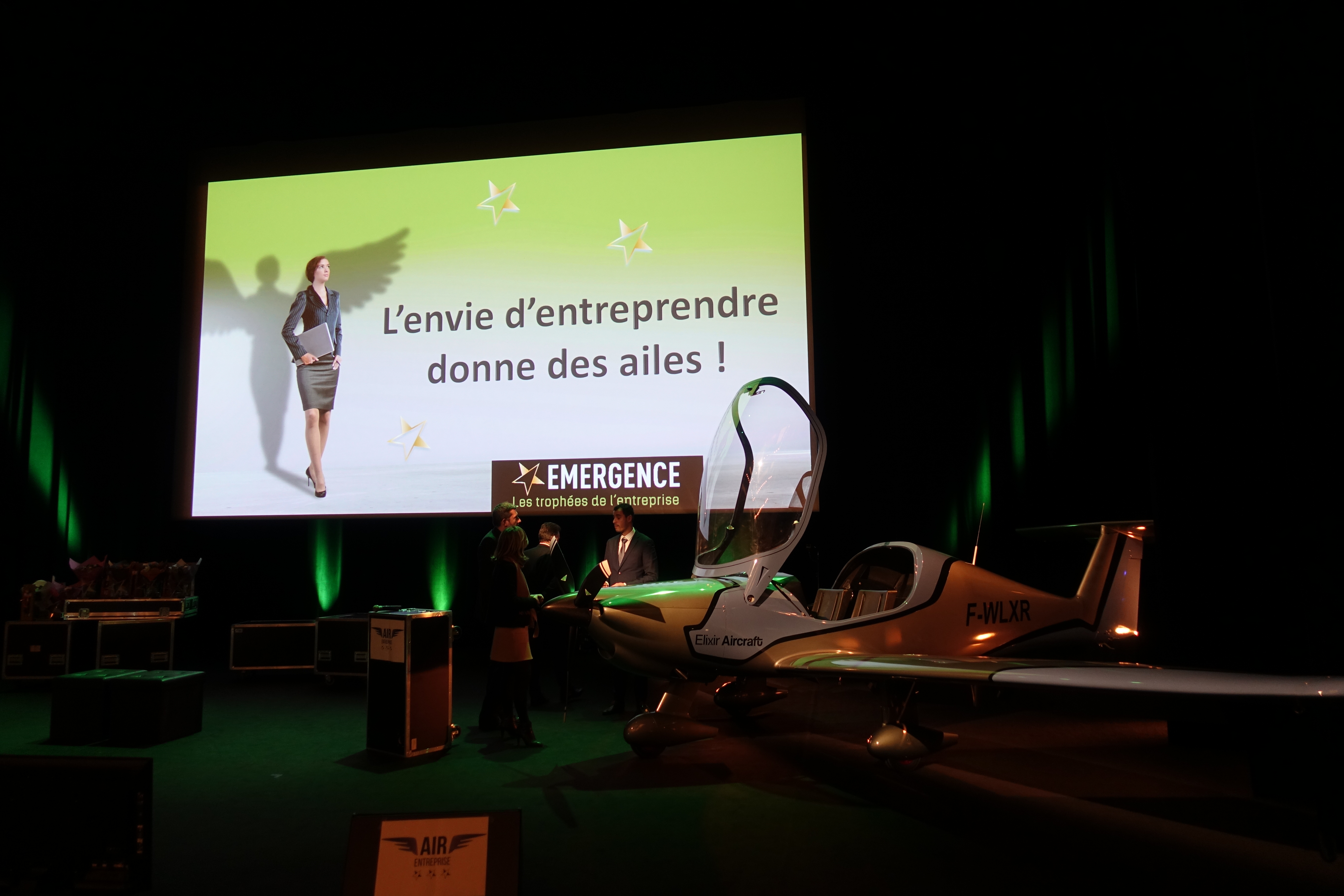 Really proud to be the winner of the "Young Company" award at the Emergence Trophy Ceremony!!

Many thanks to all of you who support us in this adventure and to the CCI La Rochelle for this great evening!
Hurry up to pre-order (with no obligation), deliveries for 2018 are already fully booked! It's HERE!
Press Release:
The French light aviation takes off again after a long crossing of the desert! In the continuity of its development, Elixir Aircraft has just won the Emergence Young Company Award.

This trophy was awarded to a company created after January 1,2014, which has shown encouraging economic results and whose development is based on an innovative project. Thanks to its new generation "One Shot" two-seater plane (without spar and ribs), Elixir Aircraft has won against 3 very beautiful companies themselves selected among thirty other candidates.

With 23 reservations, including 2 in the USA, Elixir Aircraft has an excellent visibility for the years to come. Available delivery slots are now estimated for the first half of 2020. Pre-orders continue to increase, knowing that candidates do not take any risks, the pre-order of 2500€ is made without conditions and is refundable at any time.

However, being satisfied with a reward would be premature. The Elixir's development program continues. The flight tests will be resumed by the beginning of March with an objective in mind: EASA certification of the aircraft by the second half of 2018!

Elixir Aircraft's adventure began in 2015, with three friends: a high level skipper and passionate pilot, a specialist in light aircraft and a former Dassault engineer.
In an office lent by an engineering school in La Rochelle, they have only one idea in mind: to create a new leisure aircraft to match the technologies available in 2017. It must be said that the situation is harsh. The current fleet of recreational aircraft is almost 50 years old and the planes still sold new were designed in the 1950s. It's as if 2CV was still on sale!

3 years later, 5 employees joined the team. Most of them are under 30 years old and are fully committed to their project. It took thousands of hours of work for them to reach one major milestone in the company's development, the flight of the world's first "One Shot" aircraft in August 2017!
Stay tuned
Arthur Léopold-Léger - Nicolas Mahuet - Cyril Champenois