Elixir Aircraft - The wing test is a success

The wing test is a success 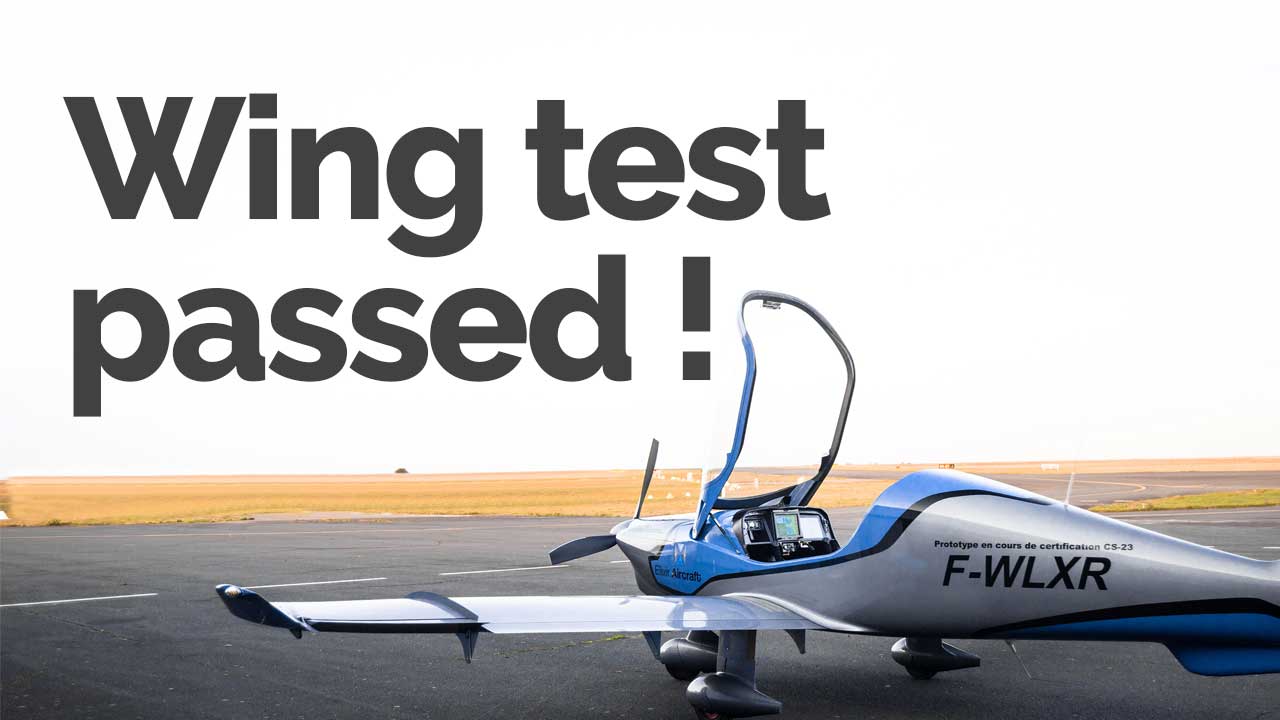 A big step towards CS-23 certification...

A big step towards certification...

After several months of work, we have just reached an important milestone regarding EASA CS-23 certification.
As part of the latter, structural tests must be carried out on major parts. The goal is to demonstrate the reliability of the OneShot structure of the Elixir.

After weeks of preparation, the OneShot Elixir wing has successfully passed its resistance test.

We had voluntarily carried out a major repair on one side of the wing, while simulating impacts at each root to put it in the most extreme conditions possible. 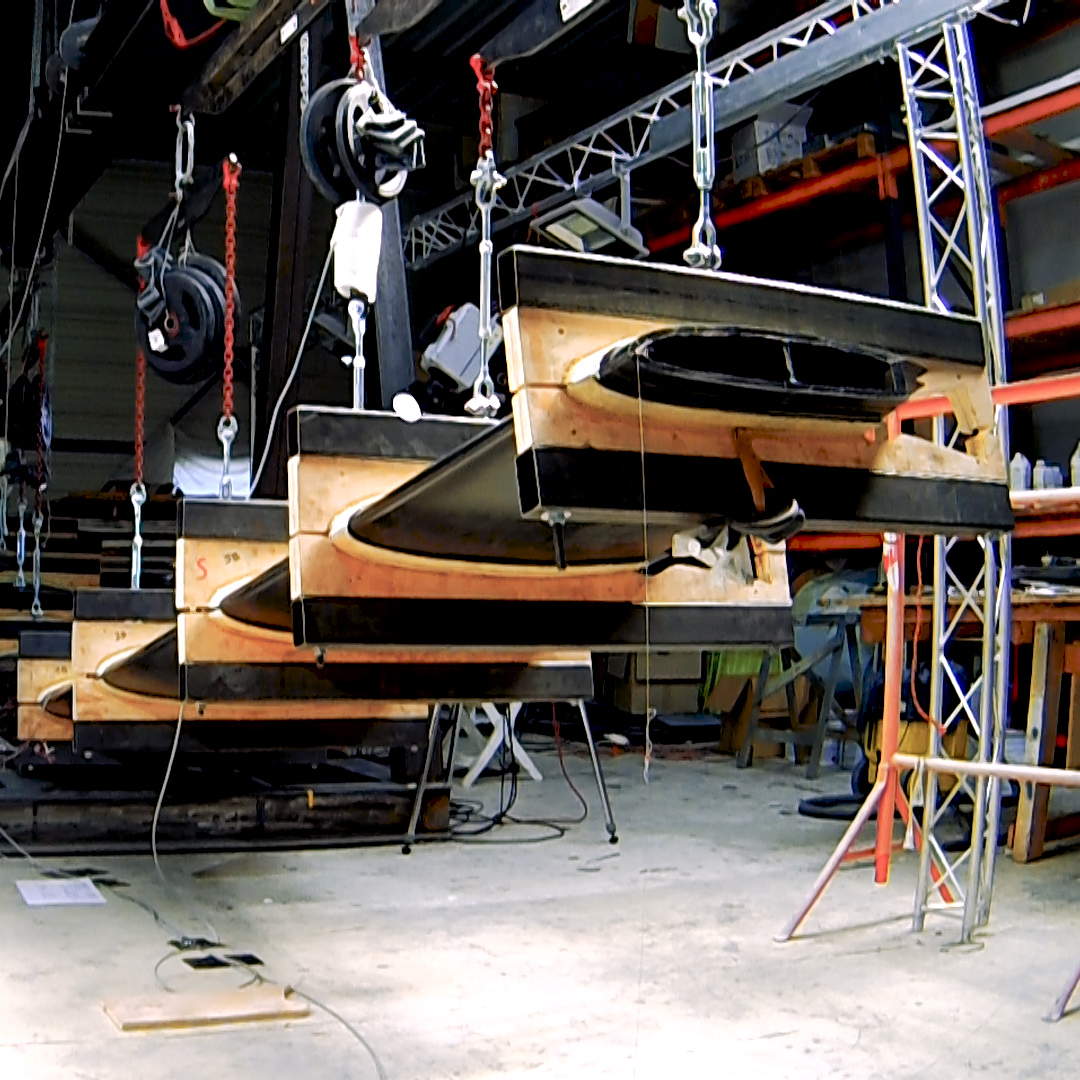 It withstood 8.6 tons. Story of a transformed try.


Tuesday March 9, 2019. The faces are tense, the pressure is tangible in Elixir Aircraft's hangar. The 8-meter OneShot wing is firmly attached to the multi-ton steel frame, ready to impose enormous stresses on it.
The test begins, the stresses increase step by step, hundred kilos per hundred kilos, ton per ton, the bending takes shape. Only the hydraulic system of the cylinder can be heard.
The bending increases further, until each end of the wing is raised to more than 50 centimeters. Constraint displayed on the screen: 8.6 tons.
Test passed!!!

A major step has just been made not only for Elixir Aircraft, but also for general aviation.

It is a success in 3 main aspects:

This success confirms the interest of OneShot parts, which are at the heart of the 4th generation of light aircraft. 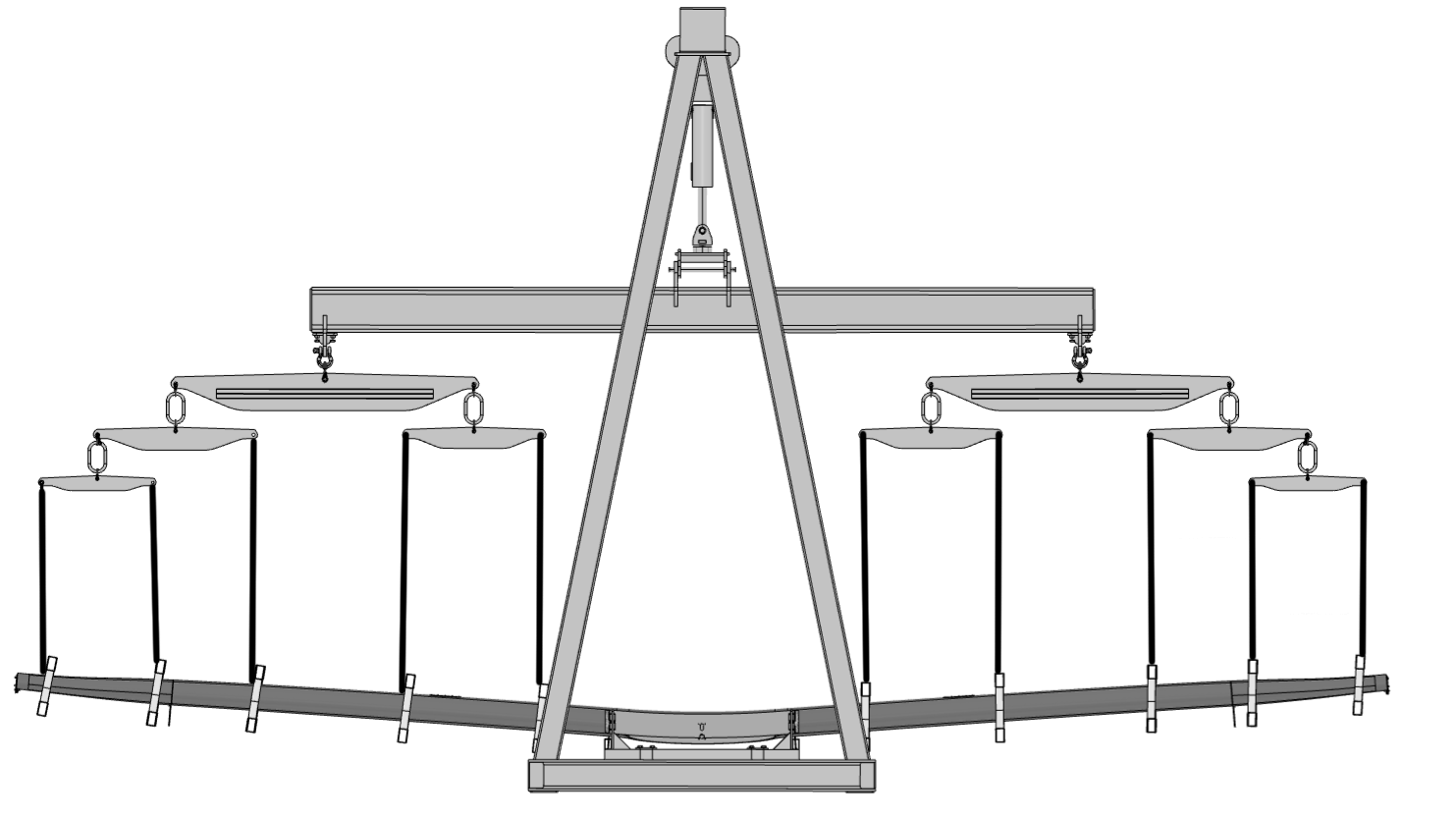 Front view of the test bench.

At the same time, industrialization is progressing with almost completed production ranges and an expansion of our facilities to start production. We now have 800m² to produce the first airplanes, an ideal solution before moving to La Rochelle airport.

Regarding our commercial activities, we have 76 pre-orders, 3 of the last are coming from the Aéro Touring Club de France, a major aeroclub near Paris.