Elixir Aircraft - The Elixir is a hit with flying clubs 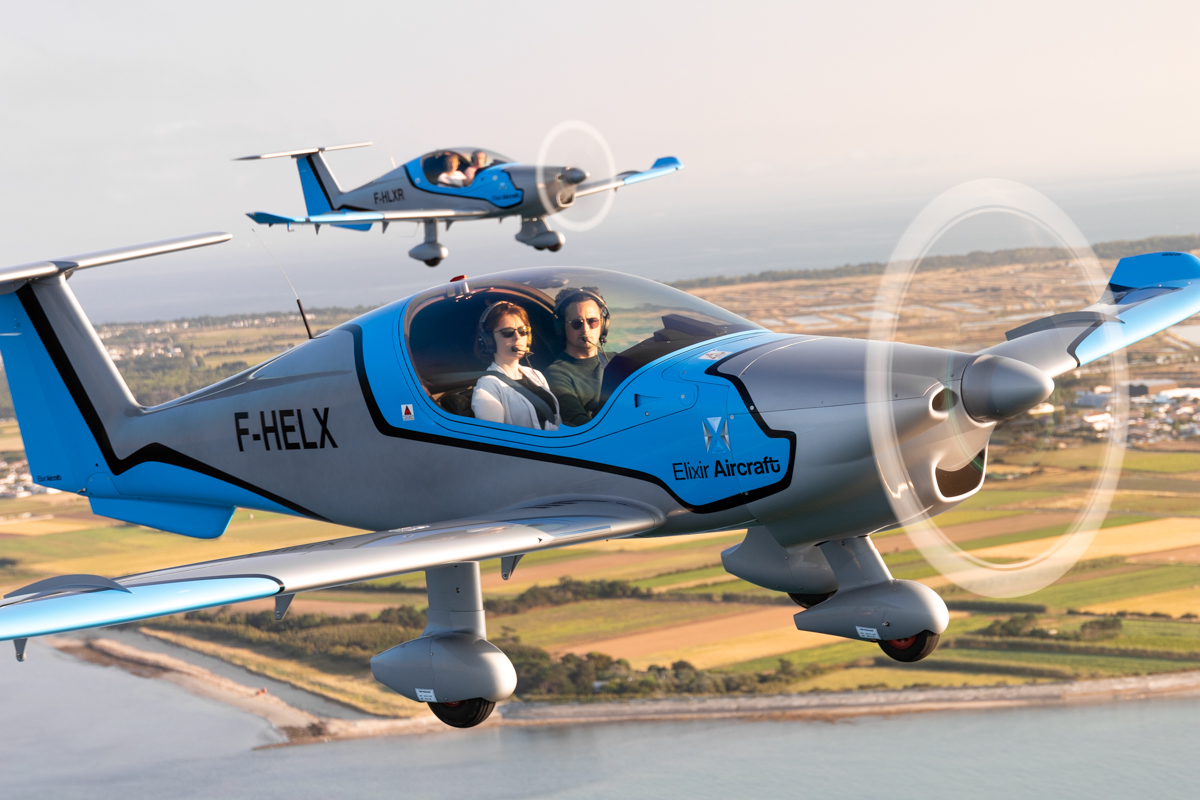 One year on the market, the Elixir is a hit with flying clubs

15 Elixir ordered in one year, including 6 for French flying clubs
108 pre-orders for current and future versions of the Elixir

In March 2020, the Elixir obtained its EASA CS-23 certification. This certification marks the commercialization of the 4th generation light two-seater aircraft. Over the past year, Elixir Aircraft has received more than 15 firm orders, from flying clubs and private pilots in France.

15 aircraft, including 6 for French flying clubs

More safety, more savings, fewer disturbances... With nearly half of the order backlog, aero clubs have decided to put their trust in Elixir Aircraft to modernize their fleets. The aéroclub des Pertuis in La Rochelle, aéroclub de l'Aisne in St. Quentin and the aéroclub des Navigants in Etampes have each opted to buy an Elixir. As for aéroclub Jean Bertin (Paris area) and Brocard (Etampes), they are expanding their fleets with 2 Elixir respectively. Whether by purchase or rental, each of these flying clubs has succeeded in finding the right set-up for their specific needs.

In parallel to the purchases, the interest for all the Elixir variants has not ceased. To date, more than a hundred pre-orders have been placed for the Elixir 912iS, 915iS and IFR. The Elixir Aircraft teams are working on the development of these future versions.

Alain Provost, president of aéroclub du Brocard : "I was seduced by the visit we made to La Rochelle. The team is talented and reactive. The aircraft is well thought out as a whole. What's more, all the studies carried out together give us visibility on operating costs, especially for replacing our "heavy aircraft". Finally, I was blown away by the test flight I made. "

Gabriel Marquette, President of aéroclub Jean Bertin : "We were looking for a more modern aircraft with a Glass cockpit, less polluting and with lower fuel consumption. We wanted to modernize our fleet and rejuvenate the club's image. The Elixir perfectly met our needs. And the leasing solution was ideal for us.".

Christian Plaisance, president of aéroclub des Pertuis : "For us, it's a safety-oriented aircraft, very clever on all sides. And above all, the operating costs are low thanks to the electronic injection and simplified maintenance."

Paul Andrzejewski, president of aéroclub de l'Aisne : "The design of the aircraft is superb, it is attractive to all ages. We need to attract young pilots with a more attractive and safer aircraft. We thought the plane was too expensive for us, but on closer inspection, the maintenance and consumption allow the plane to self-finance! We can offer the plane at the same price as the old ones. We had the opportunity to test the aircraft, the test was unquestionable, we can't wait to receive our aircraft!"