Elixir Aircraft - Inauguration of the factory 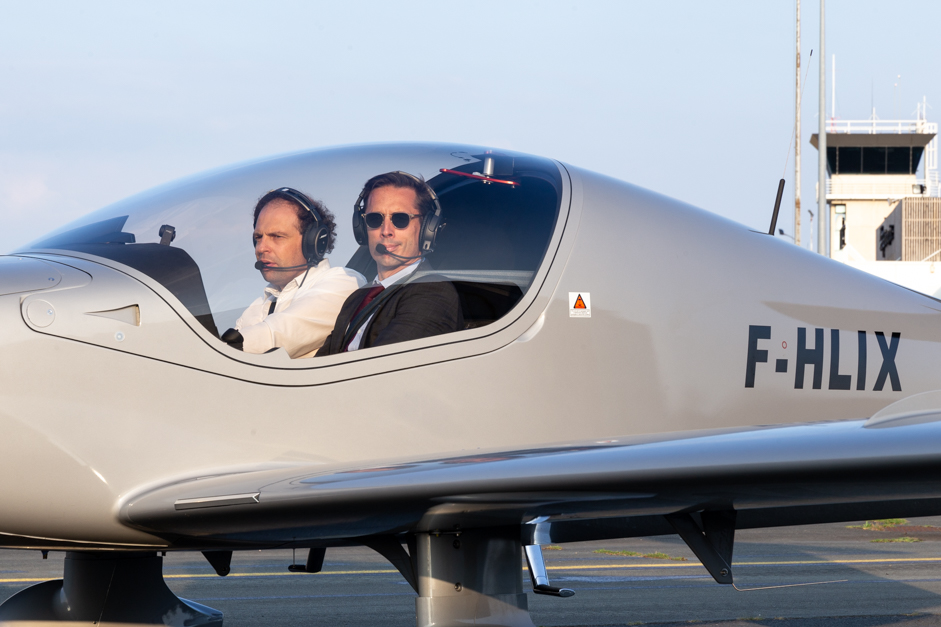 Elixir Aircraft, successful inauguration for the first factory of the French aircraft manufacturer 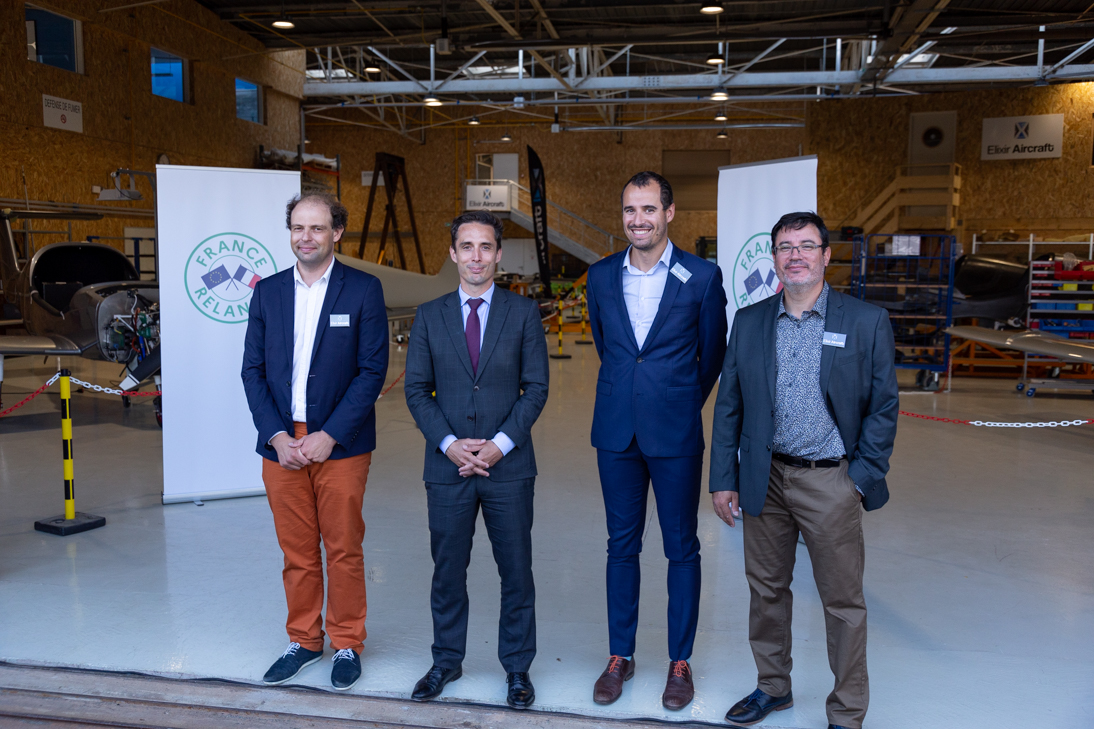 At the end of 2020, Elixir Aircraft's teams moved into their new 2,300 square meter workspace on the La Rochelle-Ile de Ré and Rochefort Atlantique Airport site. This infrastructure has enabled the company from La Rochelle to launch serial production of its 4th generation light aircraft: the Elixir.

An inauguration synonymous with recognition of the sector

The inauguration of Elixir Aircraft's first factory marks a turning point in the life of the young company based in La Rochelle. Resulting from a joint effort between Elixir Aircraft and the Syndicat Mixte, these 2300 m² located at La Rochelle-Ile de Ré Rochefort Atlantique airport, have made it possible to launch the industrial production of the Elixir. This 4th generation light aircraft, the brainchild of the three co-founders, Arthur Léopold-Léger, Nicolas Mahuet and Cyril Champenois, is a response to the challenges of general aviation in terms of training, cost and the environment. With an average fuel consumption of only 12 L/h, the Elixir already reduces fuel consumption by 67% compared to the average single-engine piston aircraft in the world. The total renewal of this fleet by 4th generation aircraft would save 162 million kg of CO2 emissions each year.

The company is not stopping there. By the end of the year, Elixir Aircraft will internalize all of its composite parts production, thanks in part to a government grant under the stimulus plan. This production will then move to new premises at the La Rochelle-Ile de Ré Rochefort Atlantique airport.
This second plant will enable the company to hire about 20 people by the end of 2022, bringing the total number of employees to nearly 80.

In the space of one year, Elixir Aircraft has sold 15 aircraft. Among them, six Elixir aircraft are intended for flying clubs wishing to modernize their fleet. The Pertuis flying club in La Rochelle and the Aisne flying club have each opted to buy an Elixir. As for the Jean Bertin (Chavenay in the Paris region) and Brocard (Etampes) flying clubs, they are expanding their fleets with two Elixir aircraft each. Whether through purchase or lease, each of these flying clubs has succeeded in finding the right solution according to their financial health.
In parallel with the purchases, pre-orders continue to increase. To date, about a hundred pre-orders have been placed for the Elixir 912iS (100 hp engine), Elixir 915iS (140 hp Turbo) and Elixir IFR (Instrument Flight Rules). The Elixir Aircraft teams are working on the development of these new versions.

M. Léopold-Léger, President of Elixir Aircraft: « A big thank you to the Minister for his presence, a real recognition of our pragmatic approach to the ecological transition. »

Mrs. Desprez, President of the Mixed Union of La Rochelle - Ile de Ré Rochefort Atlantique Airport: « The horizon for Elixir Aircraft is clear and promising. Congratulations and thank you for the dynamism that you have shown and that contributes to the influence of the airport. »

Mr. Djebbari, Minister Delegate in charge of Transport: «I salute the success of Elixir Aircraft. This French start-up has seized the opportunity of a new beginning. Decarbonation is not the end of the aircraft. »

Elixir Aircraft, a company based in La Rochelle with 50 employees, was created in 2015 to meet the challenges of the French light aviation sector. The objective of the French SME: to make safer, more economical and more versatile aircraft. Complexity is the current reason why older generation aircraft suffer from failures (technical or human) and are expensive to operate (fuel consumption and maintenance). Elixir Aircraft employs a technology from the world of competitive sailing, the Oneshot Carbon, to simplify the structures. More simplicity means fewer failures, therefore more safety, but also fewer maintenance, and lower costs (estimates of 40€/h of fuel and maintenance)...
At the end of 2021, Elixir Aircraft will open a new production site in order to internalize the entire production of carbon parts.