Elixir Aircraft - A new Elixir presented at the AERO Friedrishchafen 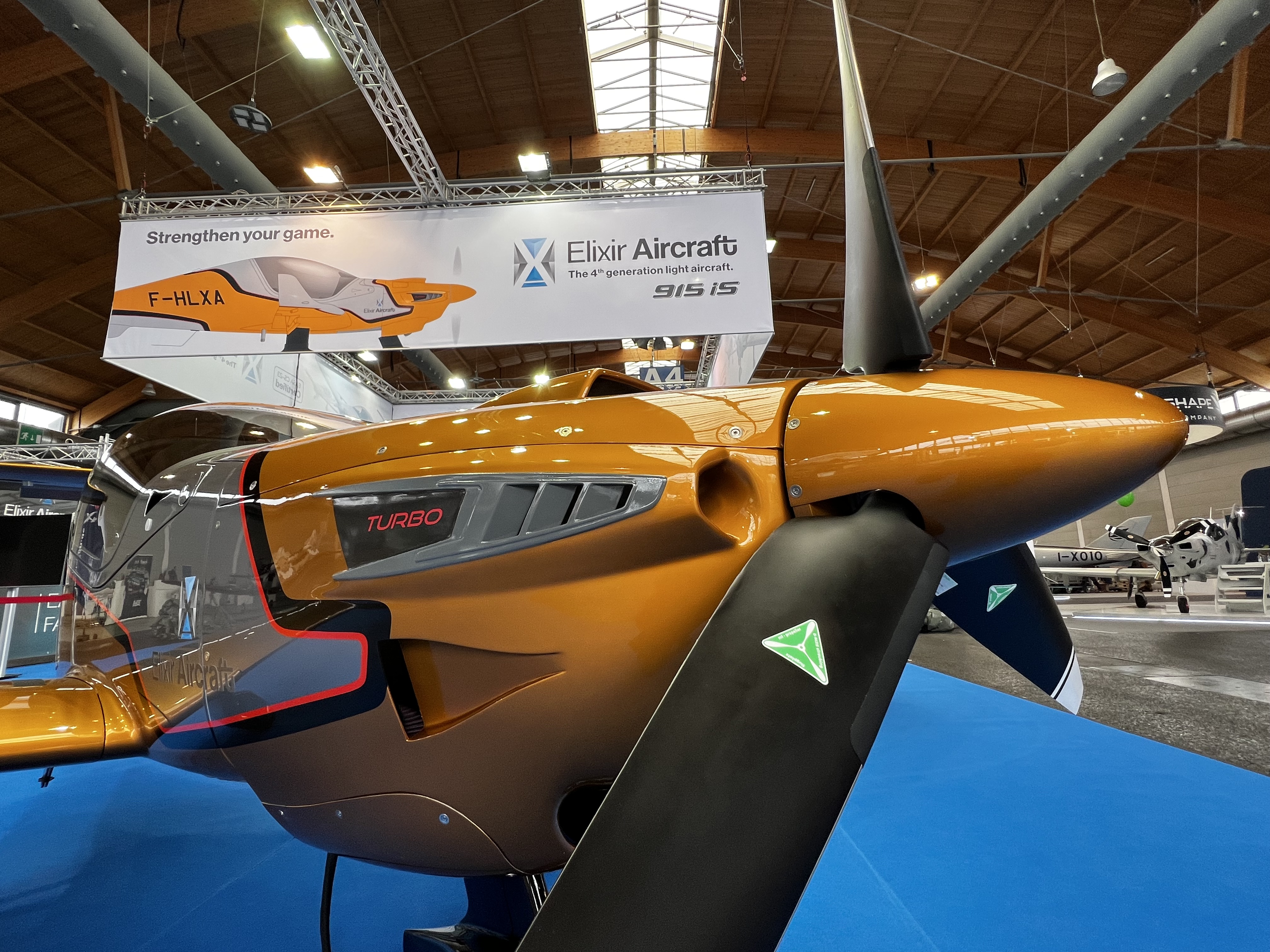 A new Elixir presented at the AERO Friedrishchafen

Since 2019 and the last exhibition at AERO Friedrichshafen, Elixir Aircraft has evolved, grown and structured itself: obtaining EASA CS-23 certification, opened 2 new production sites in La Rochelle AND delivered its first aircraft... All of this Whilst continuing to develop new products. This year, a new Elixir was unveiled at the AERO Friedrichschafen on the Elixir stand: the 140 HP, Elixir 915is Turbo 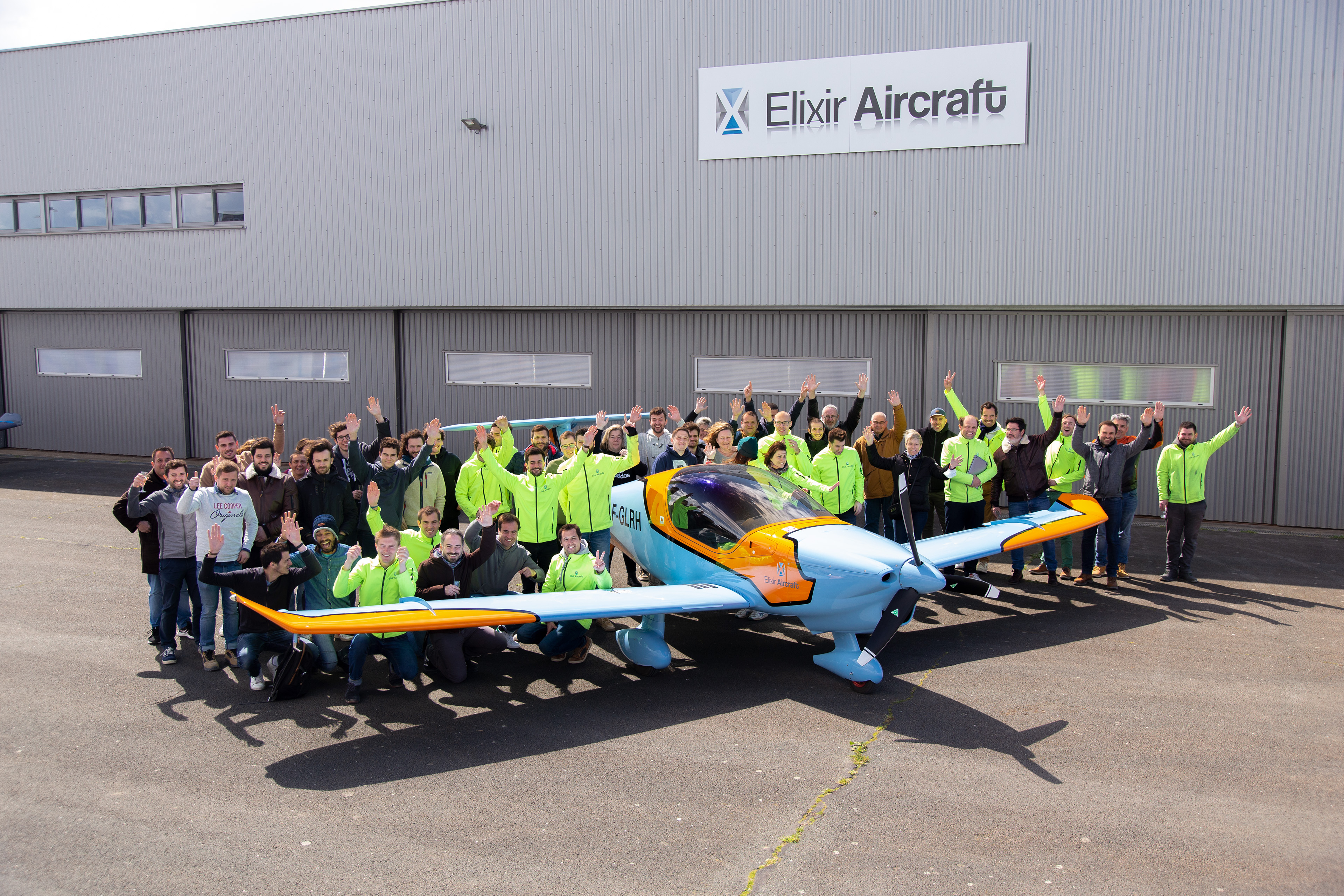 Two years without seeing each other, a short summary?

After obtaining EASA CS-23 certification for its two-seater in 2020, Elixir Aircraft had a single mission in mind: Industrialize! The objective is to be able to produce efficiently in France, the more than 40 aircraft ordered to date. In order to do this, the company l relocated at the end of 2020 to a specifically redeveloped 2300m² building at La Rochelle airport. This building now houses the final assembly line, design office and all supporting functions.

During June 2021, the first 4 pre-production Elixir, including the prototype of the 915iS version, were completed and are flying daily. With sales being a great success, the production of these aircraft was immediatley followed by the first 10 production Elixir. In February 2022, the Elixir MSN005 was the first aircraft delivered to a customer by Elixir Aircraft.

In the meantime, in September 2021 Elixir Aircraft decided to internalize its production of OneShot parts, namely the fuselage and wings, an element of the major innovation of the Elixir. To support this a second production site opened in early 2022. Equipped with two autoclaves, one which measures over 12 meters long, Elixir Aircraft now controls the entire production process for its aircraft. To date, Elixir Aircraft has a staff of more than 65 people, with more than 40 new arrivals in the last 12 months. The full order book allows Elixir Aircraft to continue recruiting.

To date, 40 Elixir aircraft have been ordered, including some 15 French flying clubs that have placed their trust in the French aircraft manufacturer, including the prestigious Airbus Flight Academy Europe, whose fleet will soon include four Elixir aircraft.t.

A new Elixir reveal at the AERO Friedrishchafen

In parallel with the industrialization of the Elixir 912is, Elixir Aircraft has continued to develop its range. In addition to its very versatile 100CV Rotax, Elixir Aircraft wishes to offer with its 915is Turbo version an EASA CS-23 certified aircraft with remarkable performance and lower fuel consumption than older generation aircraft. Presented today at AERO Friedrishchafen, this new Elixir offers a power of 140CV turbo allowing a cruising speed of 158kts at 85% or 150kts at 75%. The respective autonomies are 473Nm and 578Nm.

Regarding its configuration, the Elixir 915iS has a carbon OneShot structure strictly identical to its little brother the 912iS. On the other hand, in order to keep its Spin-Resistant behavior, crucial for safety,  new aerodynamic winglets have been developed.. New engine covers have also been developed to offer optimal cooling in all conditions of use. Last but not least, to all this, a new, full Garmin, Glass cockpit is added, a premise of what will be the future IFR version.