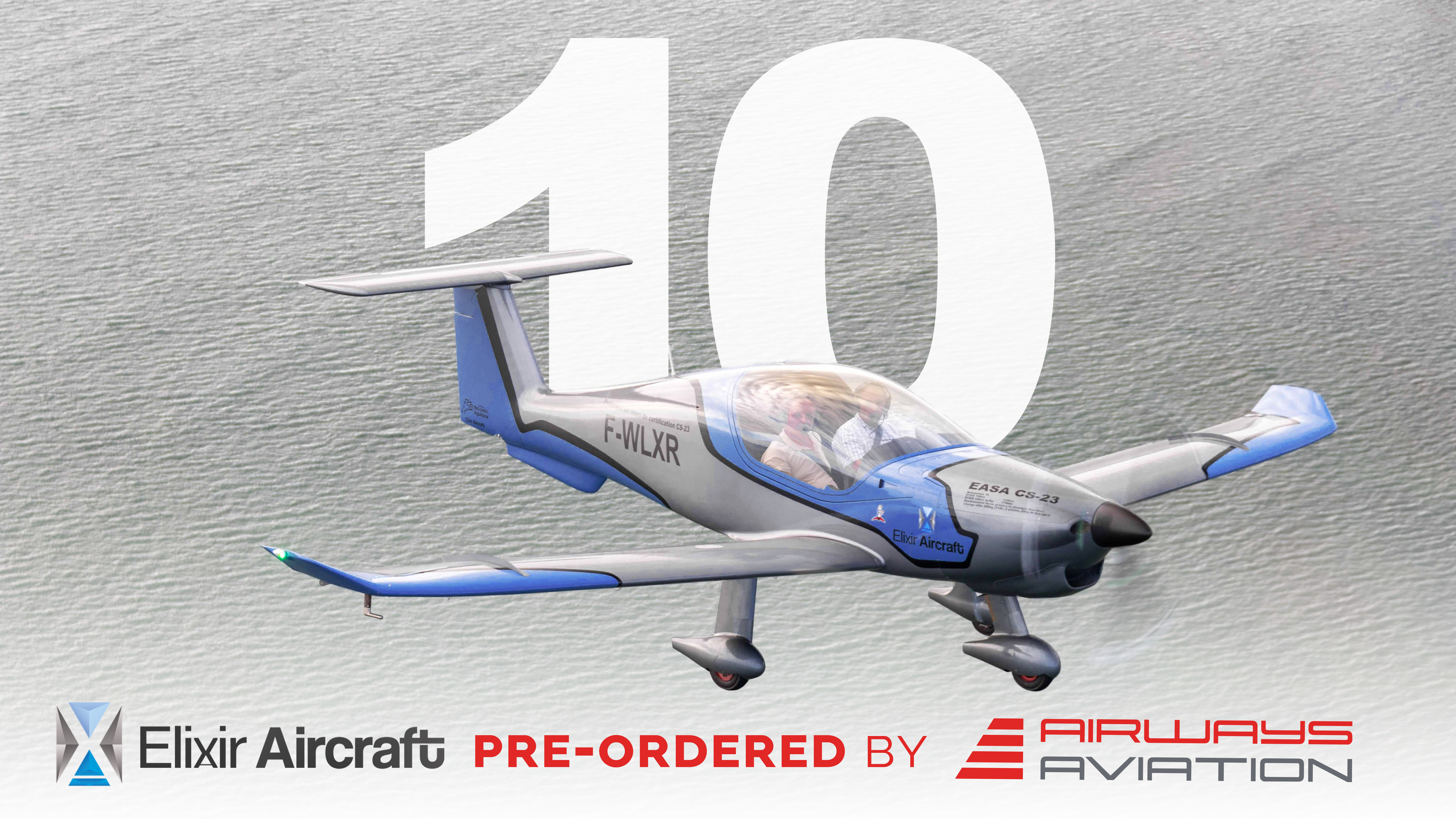 Airways Aviation Academy, a global flight training academy, has signed an agreement to pre-order 10 Elixir Aircraft. This pre-order is the recognition of 4 years of team work; it demonstrates the relevance of the Elixir specifications for flight training, as well as Airways’ steady growth among top-tier pilot training schools. With hundreds of thousands of commercial pilots needed in the coming years, Airways Aviation Academy is expanding its global footprint, and positioning itself to participate in the global growth with new generation training aircraft available on the market.

“The Elixir is a safe aircraft, and has been designed taking into consideration safety, ease of maintenance, low operating costs, and suitability for flight training, which matches our goal to provide optimal training for our students.”

Atalla was a shareholder and a board member at Cirrus Aircraft during its development, certification, and eventual production phase, along with a series of primary posts in the global aviation industry in the past 20 years.

So far, 51 Elixir have been pre-ordered, bringing the estimated delivery of the first Airways Aviation Academy’s aircraft to 2022. The Elixir fleet will reinforce the teaching capabilities of the school and provide the best in class tools for future commercial pilot students.

About Elixir
Founded in 2015, Elixir Aircraft is designing, manufacturing and selling new generation certified light aircraft. Its project started from a very simple observation: current fleet of training aircraft is aging.  Costly to maintain, with performances and fuel consumption from another century, current trainers do not meet today’s flight schools’ expectations. In these conditions, train the 700,000 new pilots needed over the next 20 years is a challenge. To help them, Elixir Aircraft offers more safety, at a lower cost with more polyvalence. How? By making it simple. Usual costs are coming from airframe and systems complexity. Too many parts, too much time spent assembling and disassembling them… Thanks to its OneShot carbon composite technology, the Elixir is made of only 600 references compare to 15,000+ in current aircraft.


The Elixir is able to perform training from basic VFR up to advanced IFR for an unbeatable operating cost. It can carry up to 280kg and cruise at 130kts during 7 hours for a fuel consumption of only 16L/h.

About Airways Aviation
Airways Aviation Academy (AAA) is a global flight training provider, with training facilities in the UK, Spain, Montenegro, Australia’s Gold Coast and Sunshine Coast. The Academy offers the EASA License, the CASA License, and the Montenegrin CAA License, with tailor-made and flexible training options, dedicated to its growing number of aspiring pilots globally. It is worth noting that AAA boasts a worldwide fleet size of 23 aircrafts, 20 full-time instructors internationally, and thousands of graduates from around the world. With more than 8000 flight hours across its locations, the Academy trains no less than 250 students concurrently worldwide. It is also worth noting that Airways Aviation is backed by over one hundred valued employees, who operate at full competency to ensure premium service for both students and associates of the Academy.