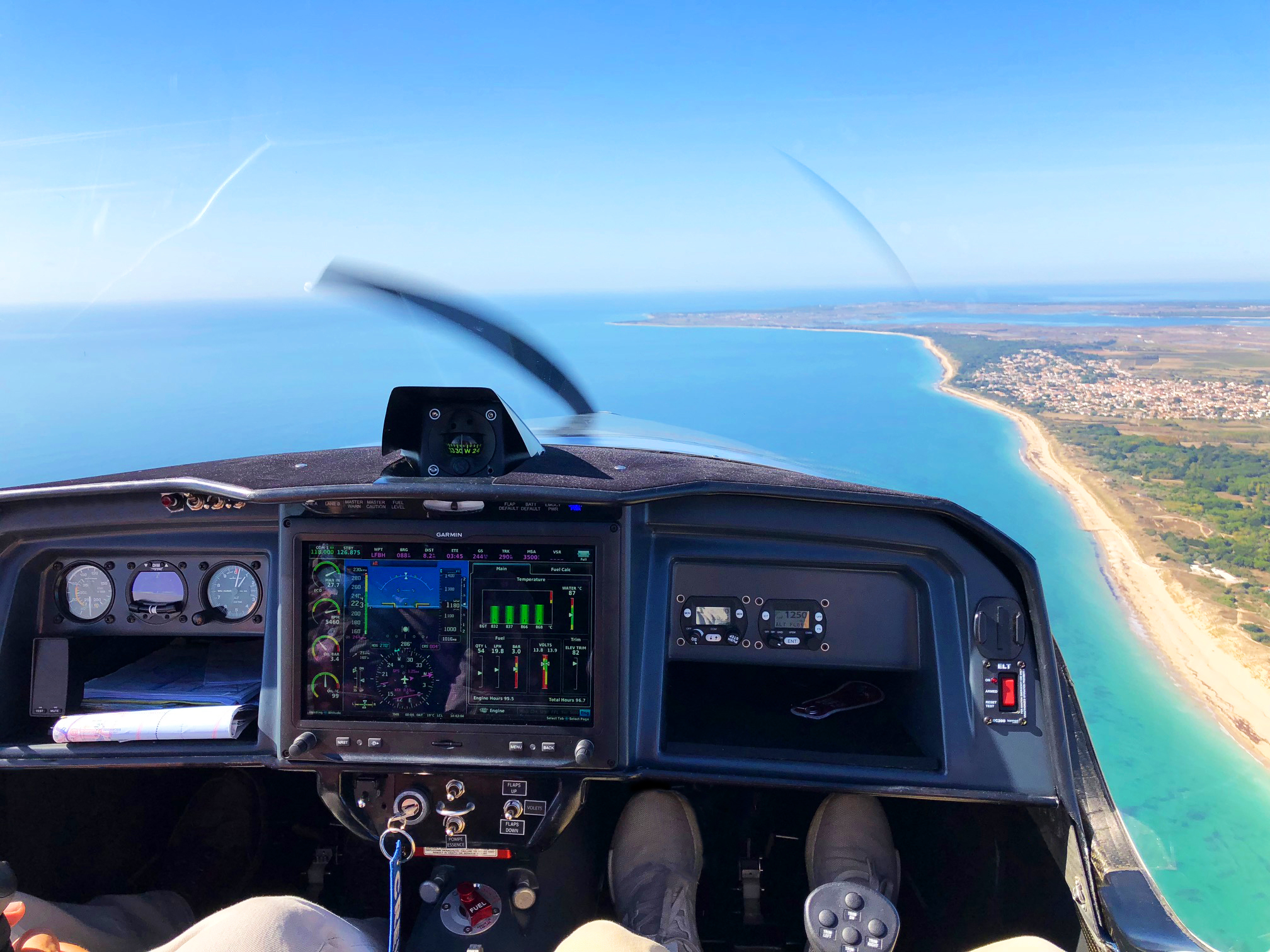 Did you say 4th generation?

Light aviation has evolved a lot since its inception more than a century ago. With the Elixir, we are stepping in a new era that lays the foundations of the future. This generation rhymes with the end of complex assemblies, illustrated by OneShot that removes rivets, glue and screws. Ribs and spars belong to the past! It allows improved safety, reduced costs and unmatched versatility. 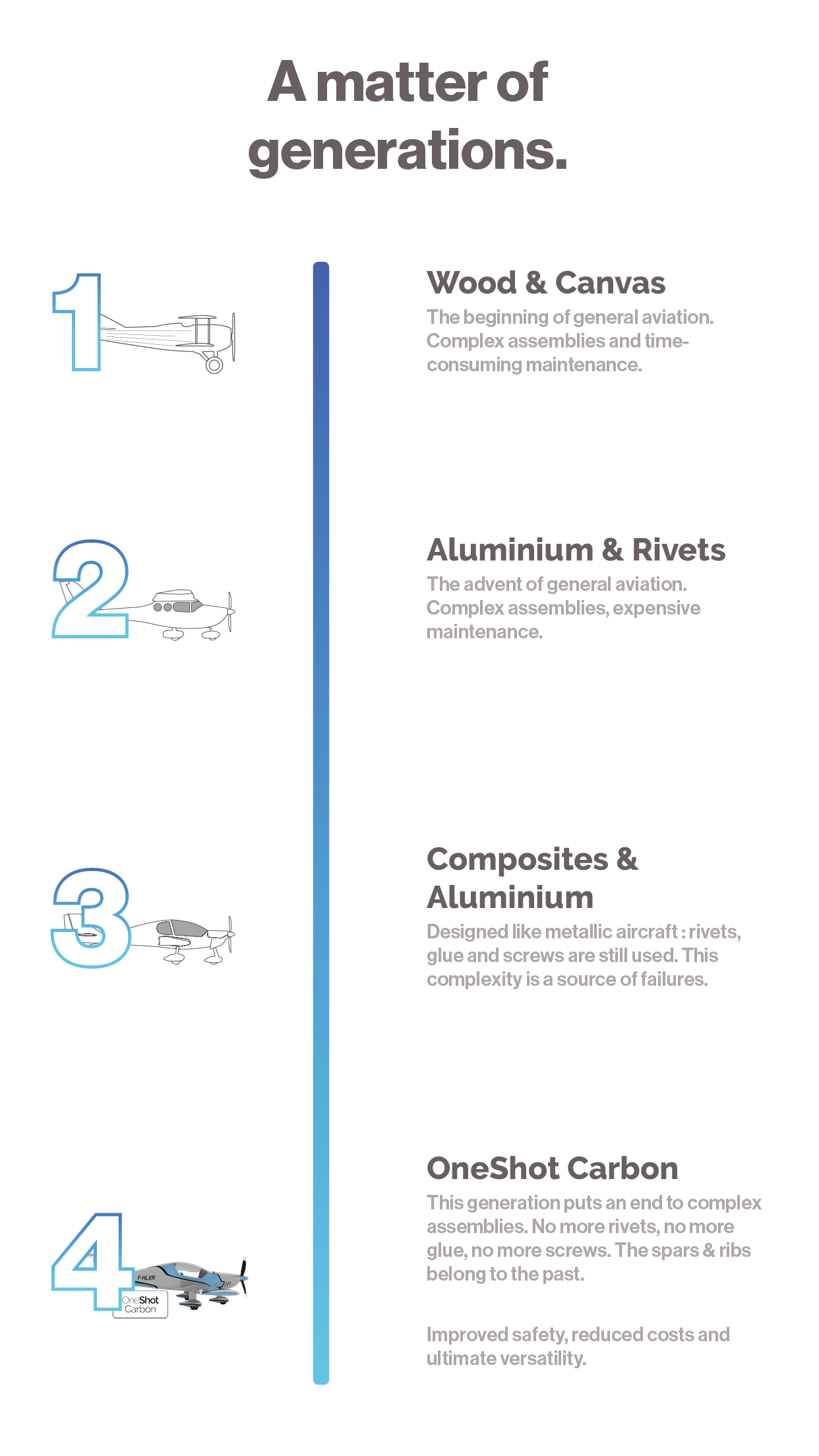 A certified aircraft is expensive.

EASA CS-23 type certificate, what for?

What about the environmental impact?

Carbon fiber is hard to repair.

What are the "fences" designed for?

Why is there a keel?

The OneShot is a technology that has been used for more than 15 years in competitive sailing. This technique consists of designing and manufacturing complex elements (such as a wing) without complex structural assemblies. For example, the wing of the Elixir is made without ribs or spars. Traditional mechanical assemblies such as screwing, riveting and gluing are eliminated. Elixir Aircraft is the first company in the world to design an entire wing (full span) entirely in OneShot. The fuselage, canopy arch and control surfaces (ailerons, flaps and vertical stabilizer) are also made in OneShot. This absence of assembly is the main difference compared to all the composite aircraft we see. These are all made up of hundreds of parts, manufactured in moulds and then glued together. We talk about "black metal", we reproduce metal parts in composite. In the case of OneShot, we take advantage of the composite to make everything in one operation, eliminating the hassle of assemblies.

There are many benefits coming from OneShot. Fewer parts and fewer assemblies mean fewer failures, less maintenance and therefore lower costs! At the same time, safety is enhanced by the simplicity of the structure and performance is improved by the reduced weight.

Be careful not to confuse OneShot parts with monobloc parts. A OneShot part is necessarily monobloc, however the reciprocal is not true. A classic monobloc wing is a single element from one end to the other but is made of hundreds of parts assembled together (spar, rib, skins, stiffeners...). A OneShot wing is monobloc from one wingtip to the other, with no parts attached and glued together. 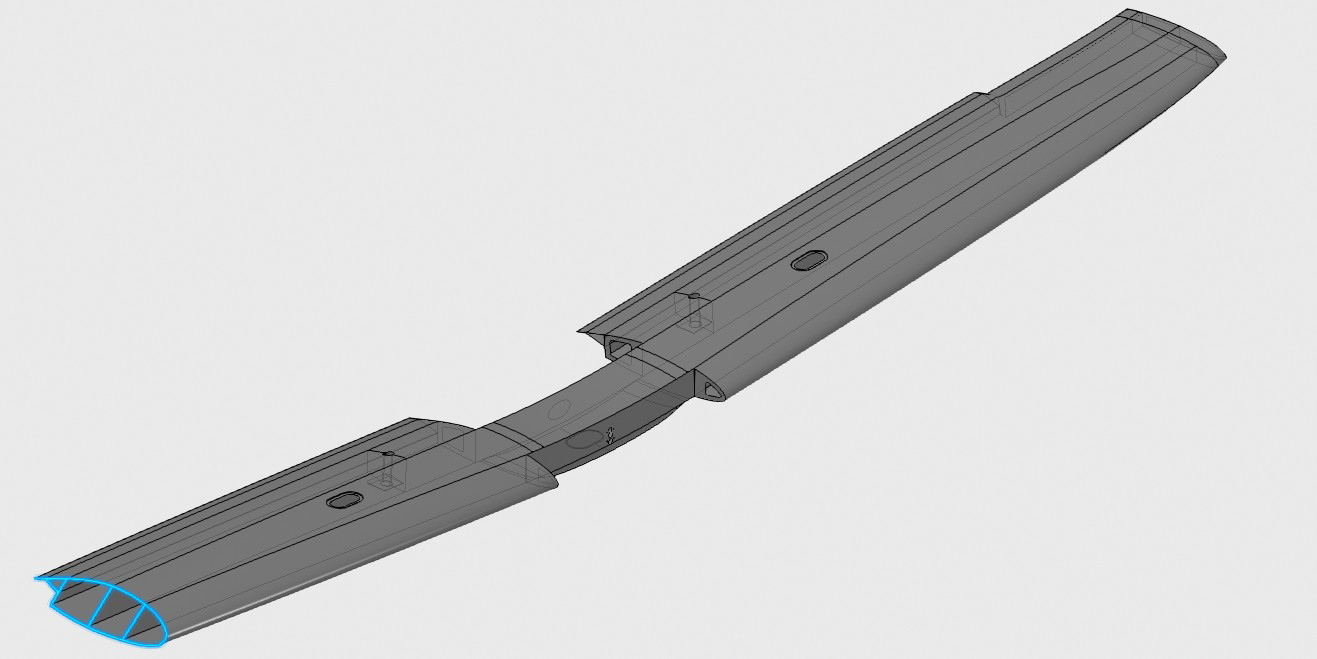 Cross-sectionnal view of the wing.

Carbon fiber is hard to repair.

Even if broken in half, a composite part is still repairable. The operator will probably spend less time repairing a carbon fiber part than on a wooden or metallic one. Moreover, the repair will not leave any after-effects.If a part of your Elixir is damaged by an impact, no need to change it completely! Sand it, laminate it, paint a patch and you are done.
For 40 years, the majority of gliders have been made of composite materials and fly without any problems while being subject to more stress (field landings).

A certified aircraft is expensive.

Not anymore! With the Elixir, flying on a CS-23 certified aircraft has never been so accessible. OneShot reduces the number of parts, and therefore maintenance costs.
The modern engine powering the Elixir also reduces fuel costs, thanks to reduced consumption (10-15L/h) and the use of cheaper auto fuel (E5).
In addition, the Elixir team designed an aircraft with maintenance in mind. Thus, for each maintenance operation, an access hatch and a straightforward procedure have been designed to reduce the number of maintenance operations. Less operations, fewer costs and more safety! 40€/h of fuel and maintenance, that's our goal! 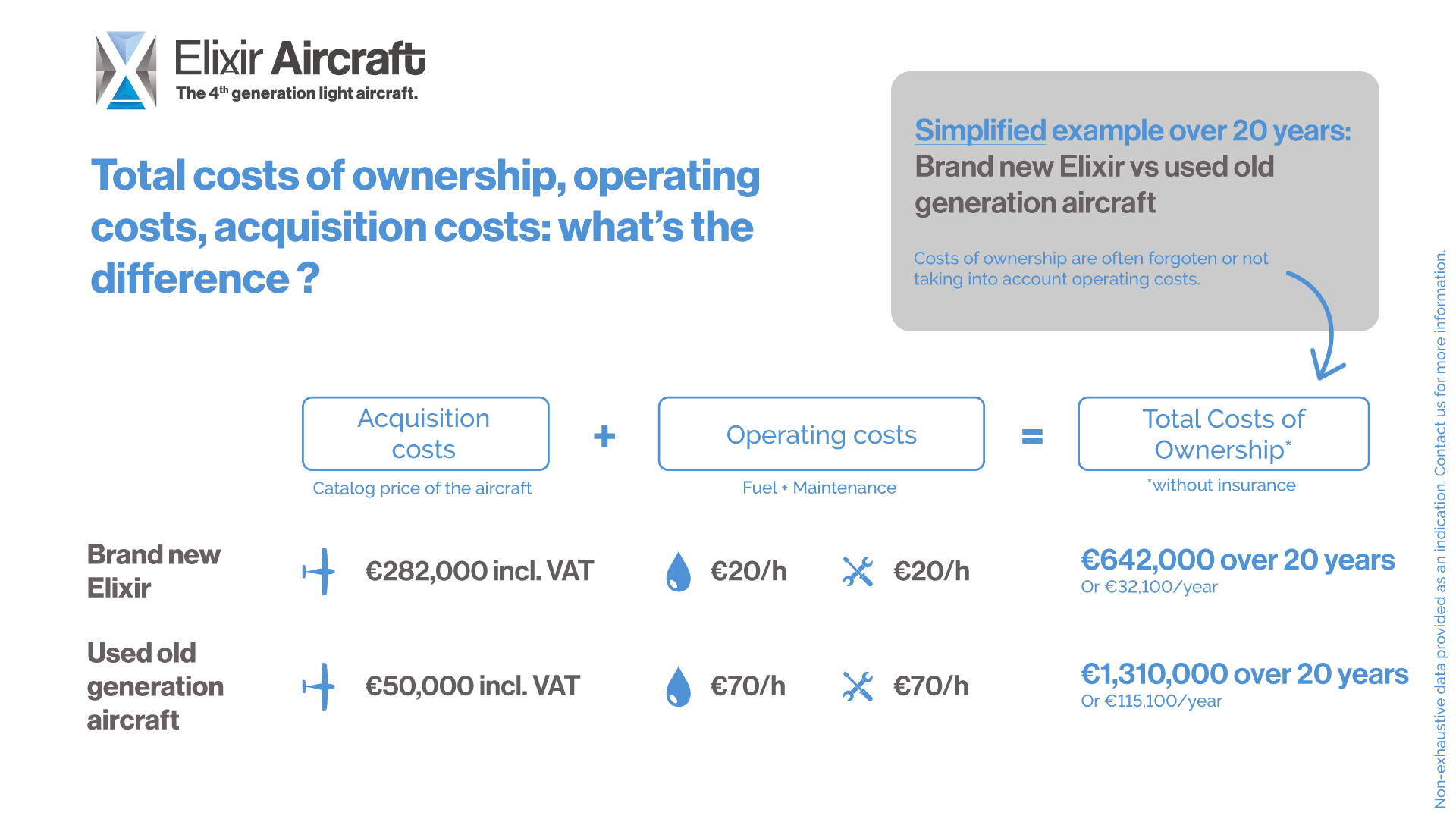 EASA CS-23 type certificate, what for?

CS-23 certification is issued by the European Aviation Safety Agency (EASA). It ensures compliance with the safety regulations established by the latter. It concerns all aspects of the aircraft, whether its structure, powertrain or flight characteristics. This is a guarantee of safety but also of quality.
Without MTOW limit at 600kg or 750kg, without minimum stall speed, IFR-allowed... The EASA CS-23 now opens the doors to future evolutions of the Elixir, where other aircraft will be limited. Finally, the CS-23 certification will allow you to fly in almost any country in the world, without restriction. 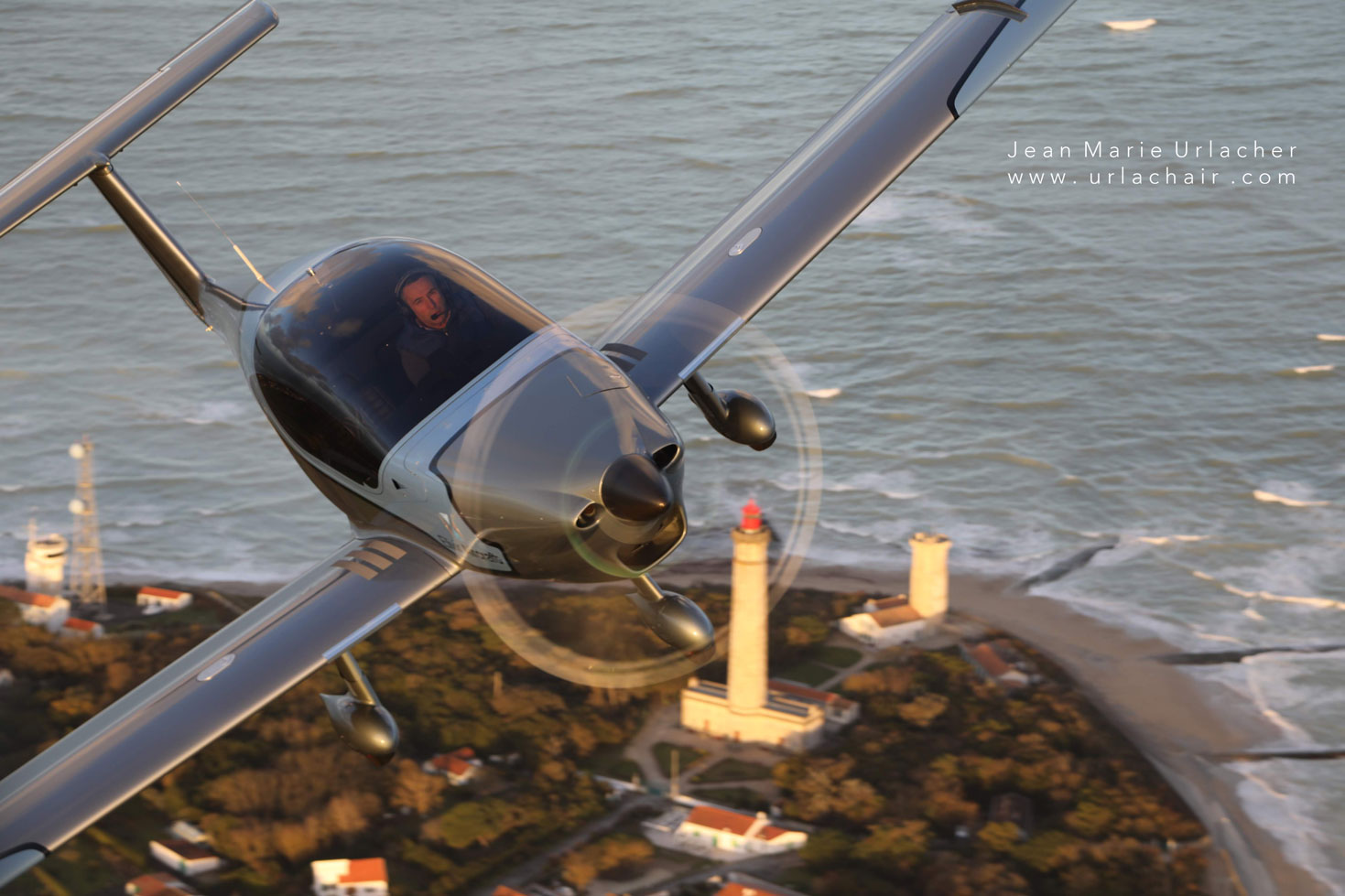 The Elixir is a versatile aircraft, designed for training and travel. Statistics show that today’s aircraft are occupied 80% of the time by one or two people. High acquisition cost, more complex and expensive maintenance, higher fuel consumption. With the current use of aircraft in mind, a two-seater makes more sense to us

What about the environmental impact?

After 50 years of flying heavy aircraft, using fuel-consuming and environmentally unfriendly engines, light aviation must lead the way to energy transition. Elixir Aircraft offers a certified aircraft, 50% more fuel efficient than the vast majority of certified aircraft to date. With its Rotax 912iS (100HP), the Elixir uses unleaded gasoline that is less harmful to the environment and consumes only between 10 and 15L/h.
In addition, thanks to OneShot, the Elixir is lighter and has a greater carrying capacity. OneShot significantly reduces dust and solvent phases during production, further reducing its impact on the environment. For the future, Elixir Aircraft is carefully looking at the emergence of new engine technologies. 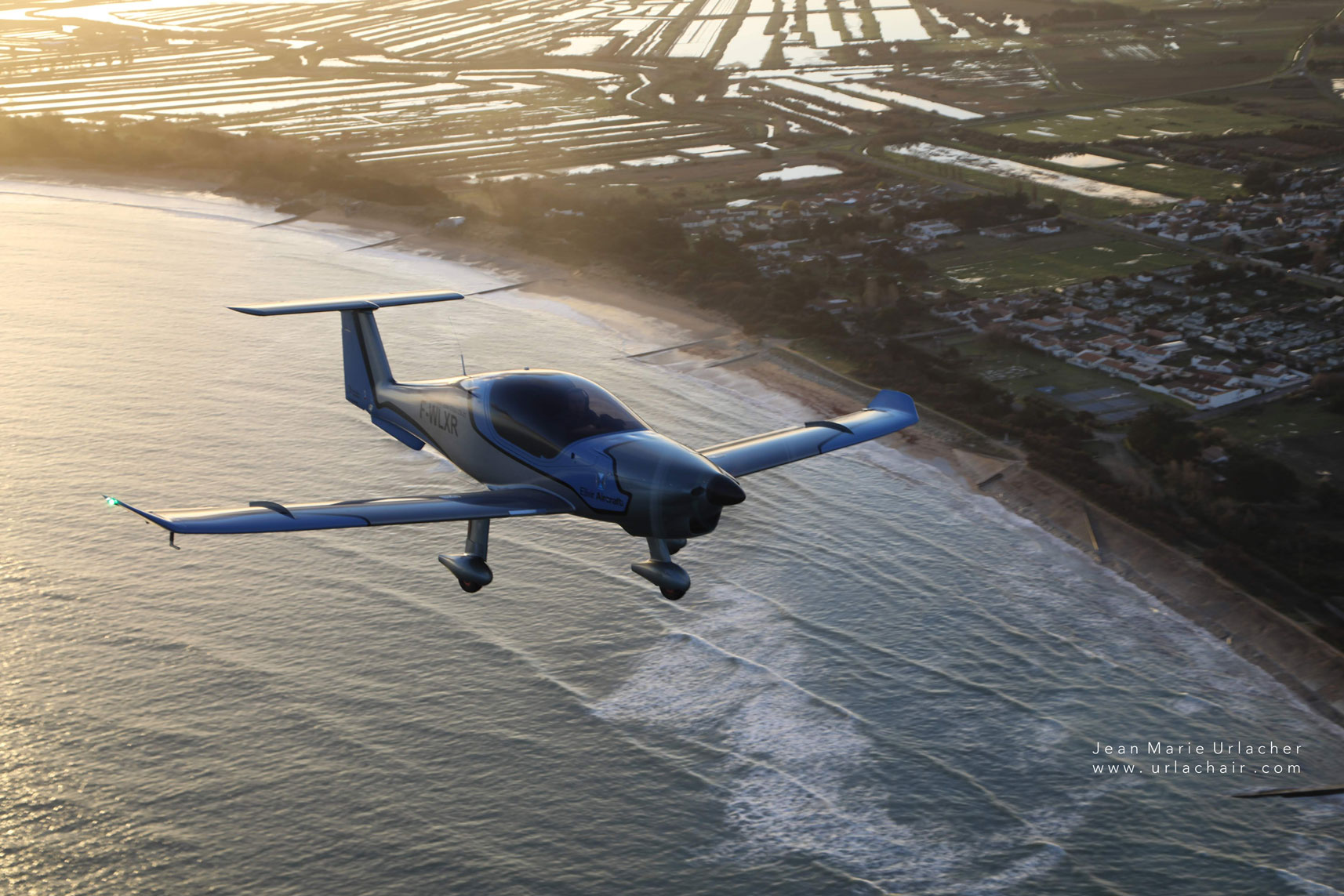 In love with Michel Colomban's designs, the T-shaped tail is perfectly mastered by Elixir Aircraft. This configuration is easy to maintain, far from the wheel projection areas (ideal on grass strips) and safer because never masking the rudder.

What are the wing fences designed for?

Students, experienced pilots, pilots doing their minimum 12 hours... The Elixir is an aircraft that can be put in all hands. Nowadays, stalls during the last turn are still too common. Unfortunately, in the last turn, no matter how easy it is to recover from the spin, it is already too late.

Since the appearance of certifications, manufacturers have had to design aircraft that recover properly from spins. At Elixir Aircraft, we consider that this is not enough. We wanted to make sure that no matter the situation, the Elixir will stall safely and will remain steerable after the stall. The objective is to allow the pilot to flatten the wings in the event of a stall at the last turn and avoid any inversion of the pitch. This significantly increases the chances of getting out of it.
The "Fences" therefore play a major role. At high incidence before or during a stall, their role is to prevent the turbulent air flow from reaching the ailerons. Thanks to their association with the evolutive wing profile, aileron control remains effective during stall and allows you to recover from a worrying situation.

Why is there a keel?

The keel is present to ensure optimal stability at all speeds, from the stall to the Vne. Like the "Fences", it contributes to making the Elixir an aircraft that can be put in all hands 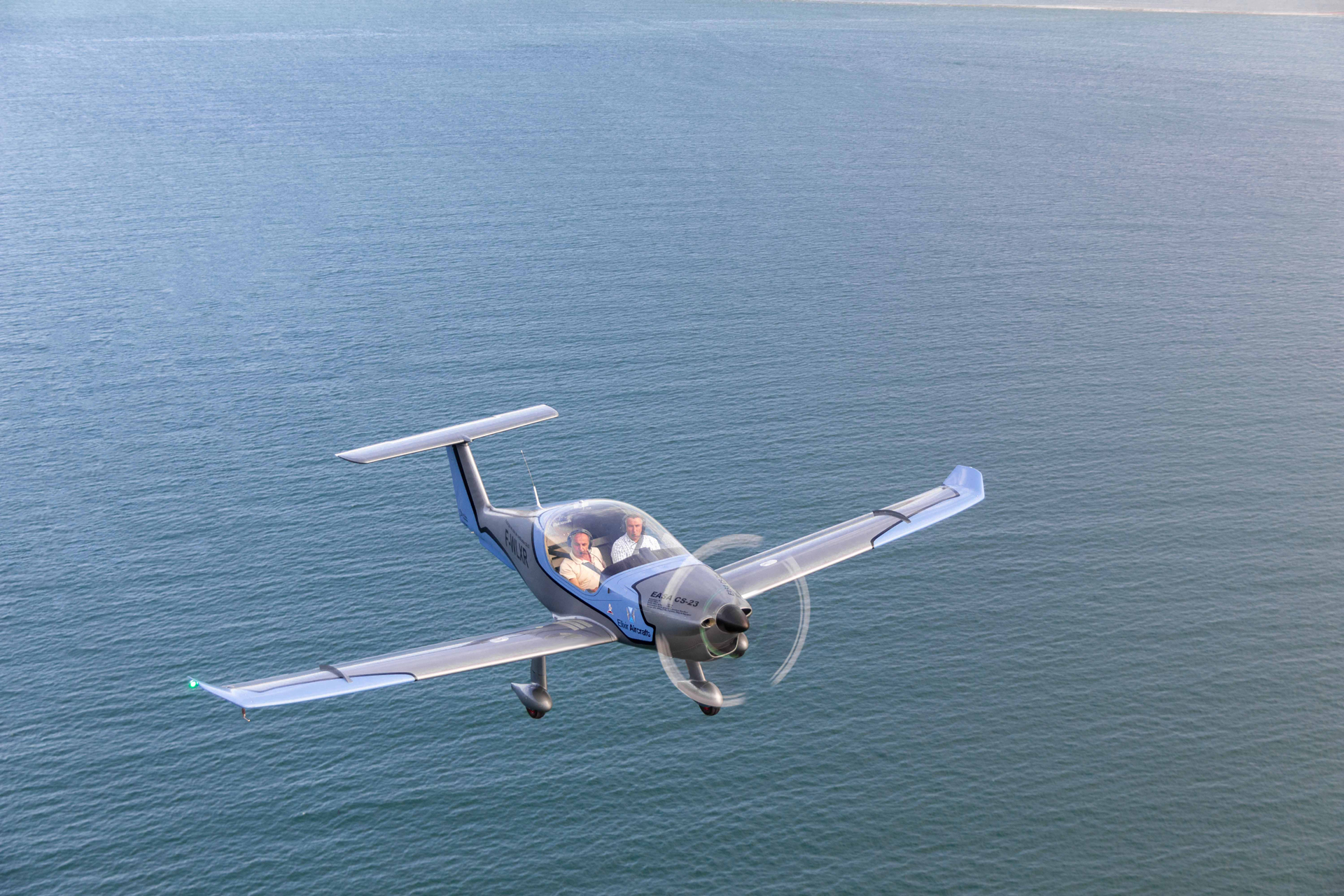